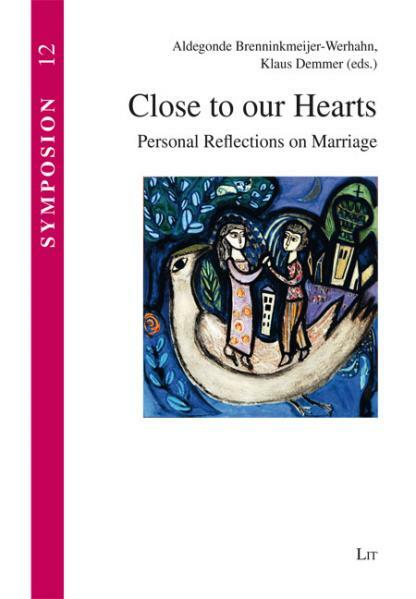 Close to our Hearts: Personal Reflections on Marriage

Does taking a lifelong vow still make sense today? The twenty-four contributors to this book, all internationally recognized specialists in marriage, show from a variety of perspectives that it remains profoundly meaningful to understand marriage as a shared path that leads to maturity. Not only do the authors present fundamental theological and philosophical ideas from the past two thousand five hundred years, but they also speak about their own personal experiences.

(Towards an Interdisciplinary Understanding, 12)

Launch of the book at the Amigo Hall at St George’s Cathedral, Southwark (London), 23 May 2013 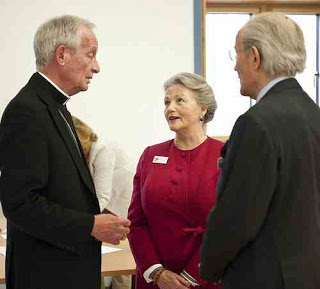 Speakers at the launch

In the first section, Theological Focal Points, the Anglican theologian Adrian Thatcher emphasizes that there is also an erotic dimension in the relationship of love of the triune God. The Trinitarian love allows us to experience what it means to be the source of joy for each other, to give and to receive in joy. And the child, as the “other” of the relationship between two persons, is given its place in this way.
In the Christian liturgy of matrimony, the partners promise each other lasting fidelity “for better for worse, in sickness and in health, till death do us part.” Does this not mean, therefore, that the relationship of love also includes the yearning for eternity? The German-Belgian theologian Thomas Knieps-Port le Roi shows us how the “love for life” also includes, in a painful way, the death of one’s married partner.
In the second section, on Anthropology of Marriage, the Irish moral theologian Enda McDonagh shows us there is always a tension in friendship and intimacy between familiarity and strangeness. Sometimes, one knows one’s own self very little, and the partner or friend can be just as alien.
From the perspective of pastoral theology, Annette Barker from London writes about everyday life in marriage in the third section, Paths to Maturity in Marriage. Is it possible to speak about the mystery of marriage even in the everyday life of a relationship – as Saint Paul does in the Letter to the Ephesians? And how does one recognize that God’s love is at work even in everyday living?
We are increasingly challenged by the inexorable process of getting older. In her article The Art of Growing Old, Aldegonde Brenninkmeijer-Werhahn describes various phases of maturity that are experienced precisely by an elderly person. The increased life expectancy presents a special challenge in this context. What does it mean, against this background, to make the marriage vow “till death do us part”?
The final section of the book looks at Biographical Perspectives and Experiences. The British psychoanalyst Jack Dominian draws on his decades of therapeutic praxis with couples and on his own marriage with his deceased wife Edith. He reveals to the reader how rich a Christian marriage with its various phases in life can be. His experience teaches him that despite the cares of everyday life and the ever-recurring incalculabilities, it is possible to recall the original love.
The English pastoral theologian Elizabeth Davies examines in her article the ability and the necessity to school oneself in perseverance, especially when blows of fate and crises bring married life out of its equilibrium. She writes that even one whose marriage ends in shipwreck can preserve and develop the ability to become a person who loves more and more.

Why yet another book on marriage?

Marriage, as Archbishop Peter Smith pointed out at the launch of the English edition of Close to our Hearts: Personal Reflections on Marriage, is a hot topic at the moment. What is the point of yet another book on marriage? Aldegonde Brenninkmeijer-Werhahn, director of the International Academy for Marital Spirituality (INTAMS) and co-editor of this new publication, both posed and answered the question for those gathered at the Amigo Hall at St George’s Cathedral, Southwark (London) on May 22nd 2013 to celebrate the publication. The younger generation, and society as a whole, is searching desperately, she suggested, for testimonies, practical guidance and points of orientation in order to shape a model for their own lives, to maintain a steady course and if necessary, to undertake course corrections.
The 22 articles in Close to Our Hearts reflect the web of collaborative relationships developed by INTAMS since its foundation in Brussels in 1989. Organised into four sections, Theological Focus Points, Anthropology of Marriage, Paths to Maturity in Marriage and Biographical Perspectives, featured authors include Godfried Cardinal Daneels and Carlo Maria Cardinal Martini. The launch of the English edition provided a platform for the English contributors, Adrian Thatcher, Enda McDonagh, Annette Barker, Jack Dominian and Elizabeth Davies to join Aldegonde Brenninkmeijer and Thomas Knieps-Port le Roi in briefly describing the focus of each of their articles for those attending the launch.
These included Mark Molden, CEO and Bridie Collins, Director of Relationship Support and Education at Marriage Care, Charles Perryman, Chair of Marriage Care's Board of Directors and his wife Jane, Rosemary Keenan, Director of the Catholic Children's Society, Westminster, Fr Christopher Jamison, Director of the National Office for Vocation, Fr Tom Creagh-Fuller and Lisette Blanchet Ball from the Archdiocese of Southwark’s marriage and family ministry team, Fr Jim Christie from the Garnet Hill Centre in Glasgow, and Rex Chester from the charity Explore.
INTAMS was founded as an international and interdisciplinary group of independently thinking married laypersons and celibates devoted to the study of marriage. “We understood our academic work not only as providing help in the social, political and cultural sphere, but above all as a service of the Church,” writes Brenninkmeijer-Werhahn in her preface. “The Church owes married couples a service of this kind, if it truly intends to share in responsibility for marriage and married life.” “Thank you so much,” replied Archbishop Smith. “Well done, and may your book have many sales!”